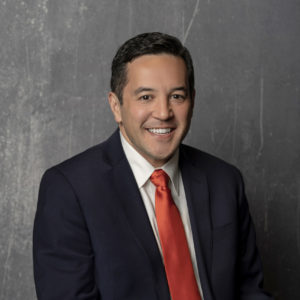 Oliver Kim has nearly two decades of experience in law, health policy, and policy-making as a former congressional advisor and a healthcare advocate. He recently joined Cambia Health Solutions, a technology and insurance company, as its federal policy director and is also an adjunct professor of law with the University of Pittsburgh.

Oliver spent a decade working in the United States Senate: first, as a senior advisor to a U.S. Senator during the historic debates over the Medicare Part D program and the Affordable Care Act; and second, as the deputy staff director for the Special Committee on Aging. He also served as the legislative director for Planned Parenthood Federation of America, where he provided guidance to its affiliates on implementing the Affordable Care Act while overseeing efforts to defend the organization from legislative attacks on its ability to provide healthcare.

Oliver has a BA in English and history from Indiana University at Bloomington, a JD from the University of Minnesota, and an LLM from Georgetown University. He has presented and published both domestically and internationally on topics such as aging, health equity, reproductive health, and the role of technology in healthcare. Oliver was selected for a Fulbright Scholar award, an Endeavour fellowship from the Australian government, and as a Professional Fellow for the American Council of Young Political Leaders.