At Start of Open Enrollment, APIAHF Expresses Concern about Trends in Uninsured

Tomorrow, November 1st, marks the beginning of the Affordable Care Act (ACA) annual open enrollment period. As we kick off our efforts to educate consumers about their health care options for 2020, APIAHF has analyzed new data from the American Community Survey (ACS). The analysis reveals a concerning reversal in the progress made toward decreasing the uninsured rate for Asian Americans, Native Hawaiians, and Pacific Islanders (AAs and NHPIs).

Since the passage of the ACA in 2010, we have seen historic progress in reducing the number of uninsured individuals in the U.S. Between 2010 and 2016, uninsured rates for all groups, including AAs and NHPIs fell drastically. However, a review of 2018 ACS data released by the Census Bureau this month indicates that uninsured rates for Asian Americans remain essentially unchanged for the past two years. Between 2013 and 2016, ACS data showed a reduction in the Asian American uninsured rate from 13.9% to 6.5%, while rates for 2017 and 2018 have remained stagnant at 6.4% and 6.2%. Similarly, for Native Hawaiians and Pacific Islanders, the uninsured rate was reduced from 13.9% in 2013 to 7.7% in 2016, while rates for 2017 and 2018 indicate a slight uptick in the uninsured, at 8.3% and 8.6%, respectively.

This reversal of progress can be attributed to continued actions by the Trump administration to undermine access to health insurance, including proposing an expansion of public charge, shortening the enrollment period to six weeks, and cutting funding for Navigators, who provide important in-person assistance to help people find and apply for health insurance coverage. Since ACS data was collected in 2018, we anticipate that we will continue to see the chilling effects of policies like the public charge regulation on uninsured rates in 2019 data.

“Despite the Trump administration’s continued attempts to undermine the Affordable Care Act, we remain committed to helping our communities enroll in health insurance coverage and access much-needed health care services,” said Kathy Ko Chin, APIAHF President and CEO. “The recent proposed changes to the public charge rule are just the latest tactic to discourage people from enrolling in marketplace coverage, CHIP, and Medicaid due to fear that enrolling could impact their immigration status. This will likely lead to additional increases in the uninsured, which we will continue to monitor.”

APIAHF remains committed to helping communities get affordable health insurance coverage. During the 2019 open enrollment period, APIAHF will work with 11 community-based organization partners in 11 states, five of which have an uninsured rate for Asian Americans greater than 10%. These outreach efforts are in partnerships with Community Catalyst and other national organizations committed to spreading the word about open enrollment and providing a variety of in-language materials for consumers.

We're uniting w/racial equity orgs to support the shared goal of A COMPLETE COUNT of communities of color for the 2020 #Census. The #MappingTheCount Week of Action runs from 2/24–2/28 w/tools to help multiracial communities prepare for the April 1st Census https://www.raceforward.org/press/releases/national-racial-justice-organizations-join-together-map-hardest-count-communities 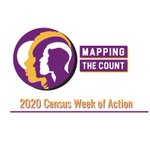 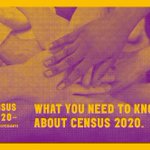 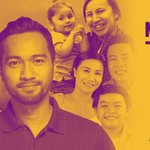 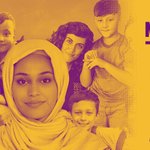 National Racial Justice Organizations Join Together To Map Hardest To Count Communities Of Color For The 2020 Census And To Distribute 1,350 Free Arc GIS Licenses In Partnership With ESRI

State of the Union Continues to be Hostile on Immigrant Health