WASHINGTON, DC — Today, nine leading national civil rights and racial justice organizations jointly condemned an attempt by the Washington National Football League (NFL) team to attach a rider to the FY 2019 appropriations bill currently before Congress that would pave the way for the team to build a new stadium at its preferred location in the District of Columbia while keeping the “R-word” racial slur as the team’s name and mascot.On Saturday, the Washington Post reported that team owner Daniel Snyder, in a move that would limit public debate, has been working with the Administration and some Washington, D.C. city officials to insert a provision into the bill that would enable the team to clear some significant hurdles that stand in its way of building a new stadium at the site of the team’s former home at Robert F. Kennedy (RFK) Memorial Stadium.

In August, these same nine civil rights and racial justice organizations issued a joint statement calling upon the team to change its name and mascot as a condition of this stadium relocation effort. In that statement, the coalition declared the R-word the “moral equivalent of the N-word,” and demanded the team and NFL throw this “dictionary-defined racial slur into the dustbin of history, where it belongs.”

It also took particular exception with proposals to locate the new stadium at the RFK Stadium site, given that the R-word would be an affront to the legacy of Robert F. Kennedy, who was an ardent champion of equality for communities of color, notably this country’s First Americans. Events DC, the city’s official convention and sports authority, is planning a major redevelopment project at the site that will serve “as a place of remembrance and a place of teaching and practicing the civil rights and equality ideals Robert F. Kennedy championed.” To learn more about the genocidal origins of the R-word and the many documented harms that it and other Native “themed” sports mascots cause Native people, please click here.

On Memorial Day, we honor the sacrifices made for our nation. ❤️You can make our communities stronger by taking 10 minutes to fill out #Census2020. ✏️Make sure everyone is counted. Fill it out today! 🙌🏽#MyFamilyCounts #MiFamiliaCuenta https://my2020census.gov/ #AAPI2020 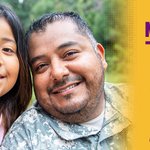