There are currently 32 states and two U.S. territories that have criminal statutes based on outdated ideas of how HIV is actually transmitted, regardless of the actual risk of transmission, from one person to another. Since the laws have been on the books, spitting and biting—which pose no significant risk of HIV transmission—have resulted in criminal convictions and severe sentences despite the absence of HIV transmission. According to the Centers for Disease Control and Prevention, even for the most risky sexual acts, the actual risk of transmission is less than 2 percent.

“Tackling these antiquated laws is far overdue, and it is critical for states to at least review them,” said APIAHF Vice President of Community Strategies Ed Tepporn. “These laws run counter to science and undermine public health goals of testing and treatment. Criminalizing otherwise lawful or consensual activity of people living with HIV/AIDS puts them at a heightened standard, effectively conflating getting tested and having a positive diagnosis with a crime. This is a clear human rights violation that contributes to the stigma against those living with HIV/AIDS.”

These issues are particularly concerning for communities of color, who have higher rates of HIV/AIDS and have been disproportionately prosecuted based on their HIV-status.

With only 4 in 10 Asian Americans (AAs) and 3 in 10 Native Hawaiian and Pacific Islanders (NHPIs) having ever been tested for HIV, testing rates among these populations are considerably lower than other ethnic groups. While a number of factors impact HIV testing, advocates worry that prosecutions based on one’s HIV status may serve as yet another deterrent. Currently, there is no available data on how many AAs and NHPIs have been prosecuted for an HIV-related crime.

While AAs and NHPIs have experienced stable numbers of new HIV infections in recent years, misidentification of race may lead to AA and NHPI infection rates being underestimated. It is estimated that one in three AAs and NHPIs living with HIV/AIDS have not been tested and are thus unaware of their HIV status.

APIAHF is a strong supporter of this legislation and will continue to advocate for its quick passage. For more information on APIAHF’s work on HIV/AIDS, visit www.apiahf.org. 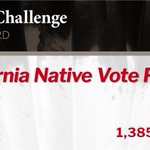