WASHINGTON, D.C. — On Monday a federal judge in Texas blocked the Obama Administration’s executive action on immigration in a lawsuit brought by 26 states. The order applies to executive action that would impact an estimated 5 million immigrants by expanding the Deferred Action for Childhood Arrivals (DACA) program and halting the threat of deportation of certain undocumented parents of U.S. citizens and permanent residents (DAPA). The court decision does not affect the current DACA program.

“We are deeply disappointed to see a Court blocking a program that is well within the bounds of the President’s executive authority,” said Kathy Ko Chin, President and CEO of the Asian & Pacific Islander American Health Forum. “This is yet another example of politics interfering in sound law and policy and one we hope will be swiftly overturned.”

The Court did not rule on whether the Administration’s actions are legal or not. Rather, the Court merely halted implementation of the program for the immediate future. This means that applications for the program, set to begin Wednesday, will likely be delayed, pending appeal. Anyone currently involved in the DACA program will not be affected, and in the meantime, those looking to apply to either the expanded DACA or DAPA should continue collecting documentation, identification and other paperwork needed for the application.

More information on the Court’s decision can be found online at United We Dream. 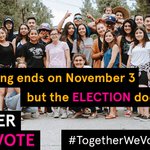