WASHINGTON—Earlier this month, the U.S. Court of Appeals for the Ninth Circuit in Korab v. Fink ruled that Hawaii is not required to provide full Medicaid coverage to Compacts of Free Association (COFA) migrants from the Republic of Palau, the Republic of the Marshall Islands and the Federated States of Micronesia.

The case arose after Hawaii shifted COFA migrants who were previously eligible for full-scope Medicaid in the state to the Basic Health Hawaii (BHH) program, which provides more limited coverage. Plaintiffs in the class action needed benefits such as dialysis and cancer treatment that were not covered by the BHH program. They argued that Hawaii’s refusal to provide full Medicaid coverage violated the Equal Protection Clause of the Constitution.

The Court rejected the argument and held that Hawaii was not required to “fill in the gaps” left by Congress as Congress has the power to regulate immigration and the conditions upon which aliens remain in the country. For many years, COFA migrants were eligible for Medicaid. In 1996, that changed when federal law rendered them ineligible. As a result, states with large COFA migrant populations have come under increasing pressure to tackle this humanitarian issue. Without federal dollars, states have shouldered the responsibility of providing care.

“The Ninth Circuit decision showcases the dire need for immediate restoration of COFA eligibility for federally supported health programs,” said Kathy Ko Chin, APIAHF president and CEO. “The federal government is obligated to provide for the health of COFA migrants under long-standing treaties. This is demanded by America’s duty and commitment to the pacific territories. It is because Congress has not lived up to this commitment that COFA migrants are experiencing a crisis in access to needed care and states are left to cover the costs.”

COFA migrants have a special status under U.S. law and are allowed to freely travel, reside and work in the U.S. as tax-paying residents. There are over 56,000 COFA migrants residing in the country. Many of them experience heath disparities and inequities as a result of conditions in their home countries and U.S. military activities in these jurisdictions. Despite working and paying taxes in the country, they are excluded from federally supported health programs.

Rep. Hanabusa, Sen. Hirono, and Rep. Lujan-Grisham have introduced bills and amendments to restore access to critical health programs in the past. 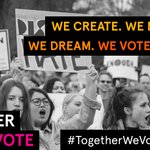