Upholding Deferred Action Will Provide Stability for Millions of Families

“In taking executive action, President Obama moved us closer to providing needed relief for hard-working immigrant families who call America home,” said Kathy Ko Chin, APIAHF president and CEO. “More than five million families, including up to half a million Asian Americans and Pacific Islanders, live in uncertainty every day while the Supreme Court decides their futures. We look to the Supreme Court to provide stability and uphold the President’s commitment to immigrant families.”

In April 2015, APIAHF joined an amicus brief with the National Immigration Law Center and more than 150 organizations supporting President Obama’s immigration actions to allow millions of immigrants to apply for relief from deportation and work authorization through DAPA and DACA+. The brief includes profiles of small business owners, primary breadwinners and social activists who could increase their economic and societal contributions, if granted the proposed relief. 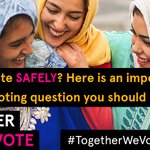